IMPORTANT UPDATE: The Bali airport immigration department has issued a follow-up document to cancel these instructions. Click to read more.

Over the last few days the internet has been buzzing with rumours that the Bali airport immigration department will put visa on arrival limitations on how often you can visit Indonesia on a tourist visa.

Continue here to find details on the current Indonesia visa on arrival and free visa arrangements.

These rumours come from an Indonesian immigration document that has been shared on social media. There is a copy of this document at the bottom of the page.

The following is a loose translation of what is shared on that document. Make sure to check point #5 and point #6 below which are the penalties for illegal foreign workers.

On 17 October 2015 there was a meeting at the Bali Police headquarters that was attended by the Bali Tourism Community (ASITA Bali, PHRI Bali, HPI Bali and Regional Tourism Agency of Bali), the Komisi III DPR-RI, the Bali Police and the Regional Office of the Ministry of Justice and Human Rights of Bali.

In that meeting the Bali Tourism Communities and Komisi III DPR-RI complained about the lack of surveillance on foreigners and a growing number of expatriates working illegally in the tourism sector in Bali. 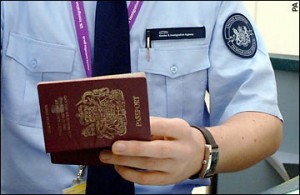 They agreed that extra effort was needed to monitor the presence of foreigners in Indonesian through immigration checks.

How to enforce visa on arrival limitations.

The instructions on that document are meant to find those who work illegally in Bali and take job opportunities that could otherwise be taken by Indonesians.

These are the 11 points addressed in the memo to immigration officers;

Point #1; In order to improve the supervision of immigration in practice, there should be extraordinary efforts and support involving field and other related parties that have a surveillance function for immigration;

Point #2; Improve the checking of foreign visitors at immigration checkpoints with extra attention to foreigners who have lived legally in Indonesia for more than four months within the last year. With the exception of foreigners on an ITAS, ITAP, diplomatic visa, official visa or multiple visa holders;

Point #3; Improve the checking of foreign visitors at immigration checkpoints with extra attention to foreigners who in the last year have entered Indonesia at most twice using a visa on arrival or a free visa. With exception of foreigners on an ITAS, ITAP, diplomatic visa, official visa or multiple visa holders;

Point #4; Increase field checks on any foreign worker who has taken a job that can potentially be done by a local worker such as for example F&B staff, sales clerk, tour leader, tour guide, scuba dive instructor or other types of jobs can be done by local workers;

Point #5; Any foreigner who falls into point #2 and point #3 above is ordered to be “refused” entry into Indonesia, because the person in question has the potential to work in Indonesia; 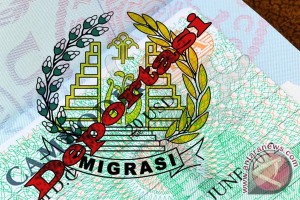 Point #6; Any foreigner who falls into point #4 is ordered to be arrested and have administrative sanctions that include being black listed;

Point #7; To improve the performance of supervision the border immigration control can work together with other relevant agencies that have supervisory duties and functions in line with the activities and presence of foreigners;

Point #8; The immigration office may grant entry after having clarified that the foreigner is visiting Indonesia for the purpose of the visa and no other reasons;

Point #10; All costs incurred for the implementation of this task are to be charged to the budget of the Office of  the Ngurah Rai Immigration office for the fiscal year of 2015;

Point #11; These instructions are valid from the date of issue until 31 December 2015.

These are the documents in Indonesian language taken from facebook. 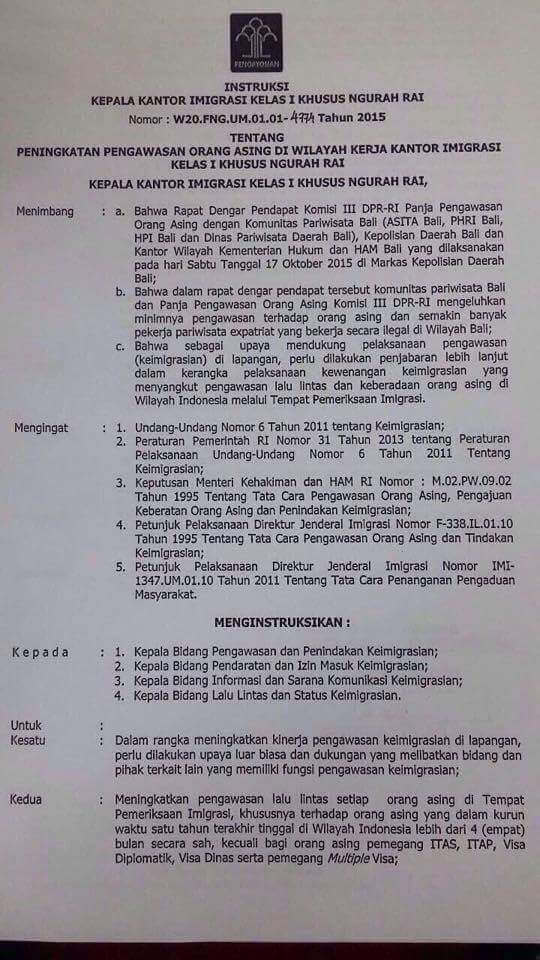 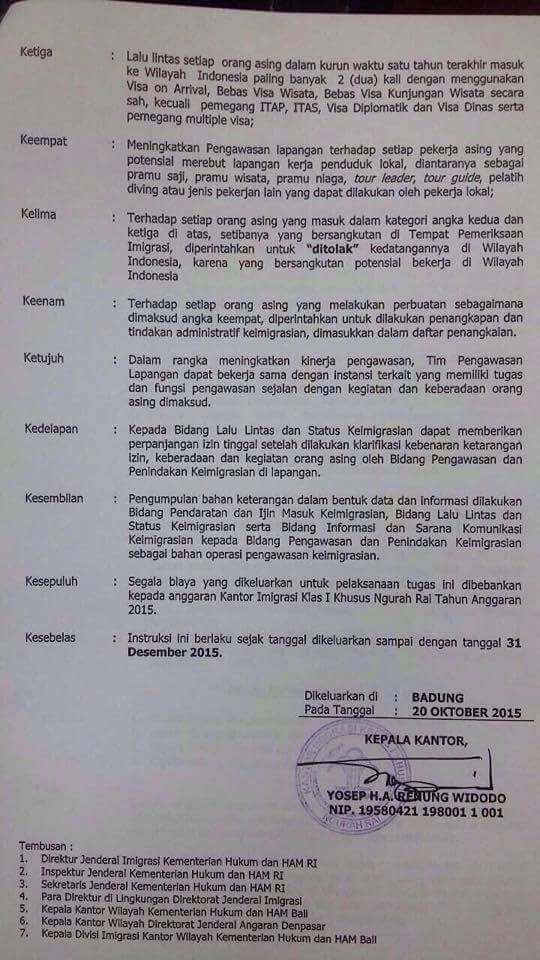