Only 10 days after issuing a much debated limit on the visa on arrival, this limit has now already been cancelled (see below for the Indonesian document and the English translation).

The original document (20 October 2015) was an internal memo with a list of instructions designed to catch illegal foreign workers.

The purpose of these instructions was to increase the surveillance on foreigners who were suspected of working illegally on a tourist visa (either 30 day free visa or 30 day visa on arrival).

One of the instructions made (but now cancelled) was that a visitor was only allowed to enter Indonesia maximum twice per 12 months on a tourist visa (either a visa on arrival or free visa).

The same Immigration office, who first issued this new decree with limitations on the number of visa on arrival entries (among others), has now cancelled this decree only 10 days later.

Here is the translation of the letter that now cancels these limitations.

Thus to be informed 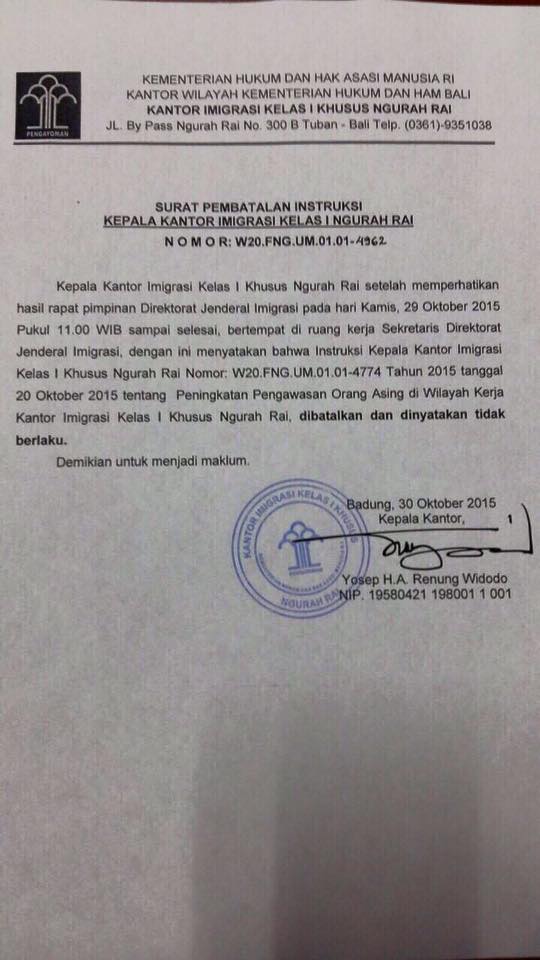