2020 – The 169 countries that receive an Indonesia free visa entry

Below are the 169 countries that receive a 30 day Indonesia free visa upon arrival.

The new law approving of these 79 countries was officially signed by President Joko Widowo (Jokowi) on 2 March 2016. The new law was then made public by the ministry of justice on 10 March 2016 and finally implemented on 21 March 2016.

These are the 169 countries that receive an Indonesia free visa. The countries with an asterisk (*) are the 79 newly added countries for visa free entry.

Continue here to see what the requirements are for the 30 day Indonesia free visa and the 30 day visa on arrival.

If you are still in need of a hotel check-out Agoda.com for good value deals.

Below is a a copy of the new Indonesian Law on visa free countries signed by President Jokowi on 2 March 2016. 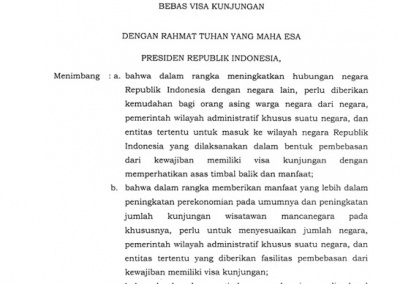 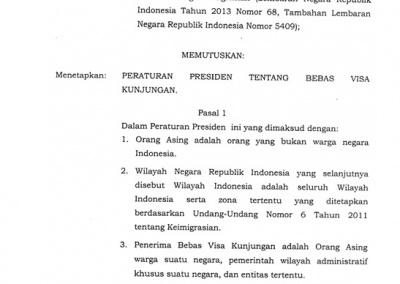 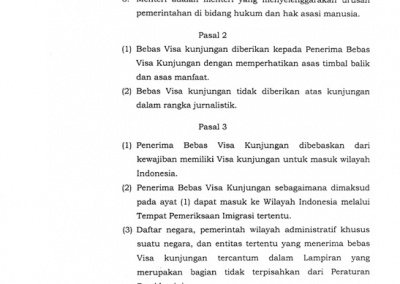 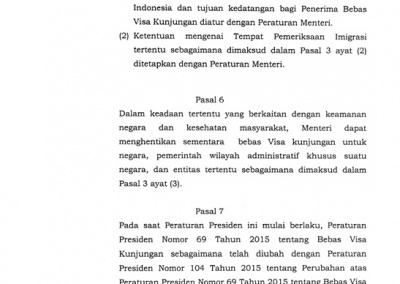 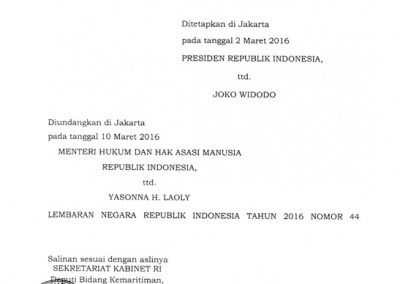 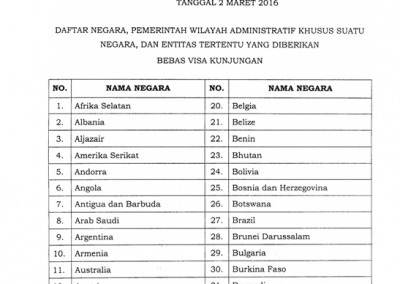 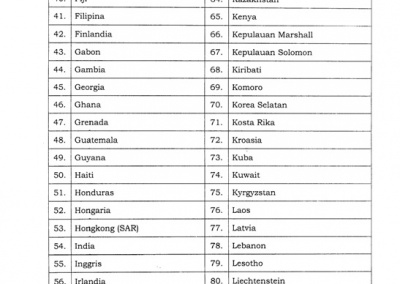 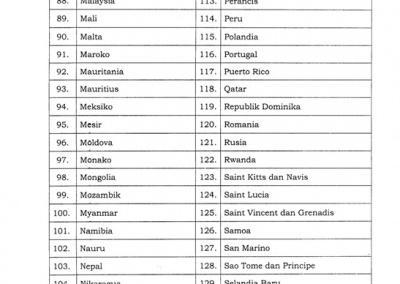 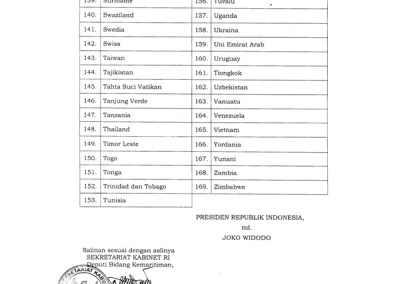 This is a link to Indonesian Embassy in Islamabad for Pakistan visitors.

You can also get the help from a visa agent to apply for a visa. Please contact our friends at Visa For Bali.

Island of the Gods

More info
Continue here for more info on a private driver in Bali for airport transfers and day tours.

Dr. Rizal Ramli – Coordinating Minister for Maritime Affairs and Resources of the Republic of Indonesia

This free visa is for 30 days only and cannot be extended. You can enter and exit Indonesia on a free visa through 29 airports and 88 harbours and 7 land crossings.

Find out which airports and harbours can process free visa arrivals and departures.

The purpose of increasing the lost of free visa countries was to boost the number of foreign visitors to Indonesia. This increase will then create new job opportunities.

According to Rizal the original extra 45 countries (added on 10 June 2015) had at that time already created a 15% growth in tourist arrivals.

These Indonesia free visa countries are chosen on a set of strict government criteria.

“Countries that are known to have issues with drugs, economic stability, and radicalism are not eligible” said Rizal.

Director General of Immigration Ronny Sompie said that they will add immigration counters at the airports specifically for visa-free visitors.

“The immigration management system will be made online so we can know if the person who visits Indonesia has a travel ban or not.“

Continue here for more info on a private driver in Bali for airport transfers and day tours.